Check out our Awesome Team! 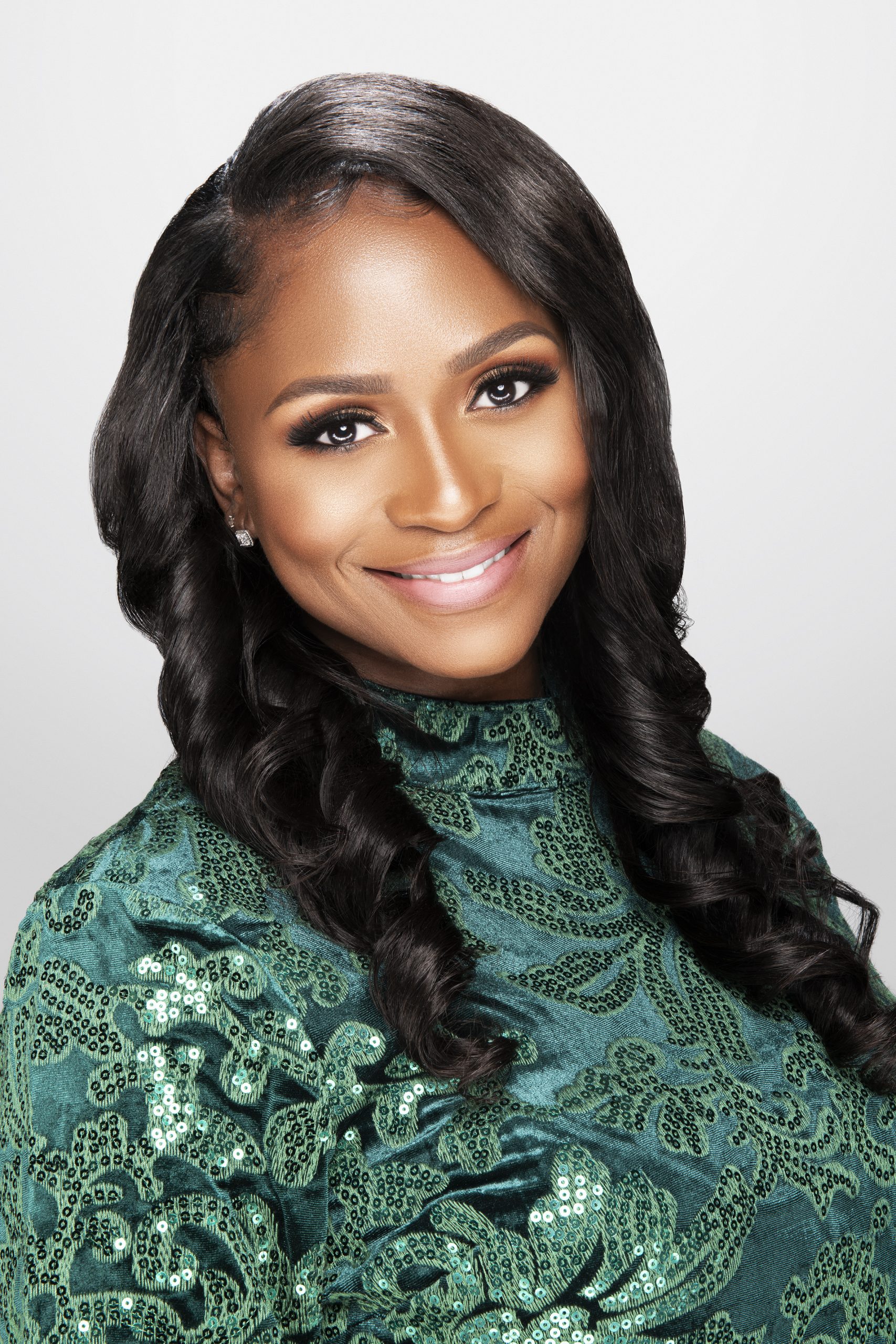 Public figure & two-time surrogate, women’s advocate, and Master of healthcare business management. Shadina Blunt is on a mission to impact the lives of millions through surrogacy and empowering women.

Shadina Blunt being a teen mom started college at Guilford Technical Community College and graduated with her Associates in Medical Assisting and applied science, then she continued her education at Capella University where she earned her bachelor’s in Medical Administration & Management. Still not satisfied She later earned her master’s degree in the same field from the University of WGU. Shadina Currently works as a Regional Manager and Director of Surrogacy Services.

Shadina has always worked in health care and started her career right out of High School as a CNA while going to College.  Once she obtained this is where she started her OBGYN career and found the love for women’s health and babies. Shadina has over 14 years’ experience in the field.   It was at this very moment Shadina became passionate about helping women become parents through surrogacy.

As a two-time surrogate, Shadina has helped parents become families. Shadina decided to continue her passion by becoming the founder and co-owner of Surrogacy Miracles & Consulting.

Shadina also has been a guest on Real Housewives of Atlanta RHOA as Surrogate to Kandi Burriss and Husband Todd Tucker. Shadina gained many fans who loved that she was publicly sharing her story as a surrogate.  Shadina’s mission is to carry on the knowledge of surrogacy and help millions of families.

Shadina Blunt resides in Atlanta GA with her three children. 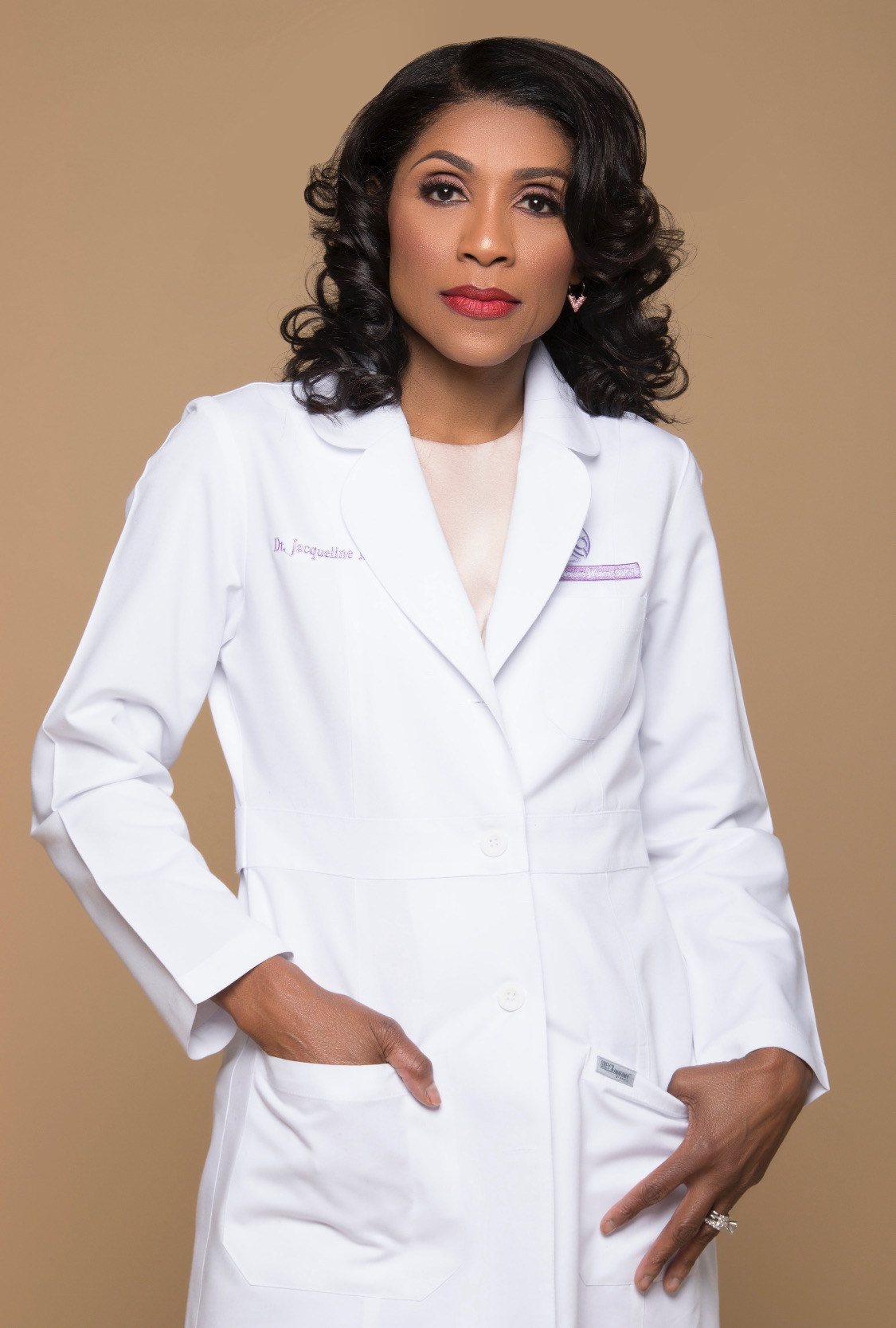 Philanthropist, health expert, women’s advocate, tv personality and award-winning OBGYN, Dr. Jacqueline Walters is on a mission to impact the lives of millions.

After residency, she started in private practice where she became affiliated with Northside Hospital in Atlanta. She has remained in private practice for 18 years and maintains a high-profile clientele that includes the Braxton’s, rapper T.I., and superstar Usher. In her practice, Dr. Jackie merges traditional and steadfast medicine along with a cutting-edge method that focuses on the mind, body and spirit. She’s also incorporated a Women’s Wellness Program and a “Fit Is the New It” initiative into her practice to promote healthy living and awareness of heart disease among women.

A two-time breast cancer survivor, Dr. Jackie has turned her pain into a passion for nurturing the emotional and physical needs of women and men diagnosed with breast cancer. She is founder of the 50 Shades of Pink Foundation, an organization established in 2013 whose mission is to treat the inner and outer beauty of survivors. 50 Shades of Pink hosts an annual fundraising event in October that generates awareness of the organization’s work through gifting, sponsorship of various health initiatives and family workshops.

Also in 2013, Dr. Jackie burst onto the small screen as one of the stars of Bravo’s hit reality series “Married to Medicine,” where the esteemed practitioner has earned legions of fans for her distinct style, sense of reason, sincere compassion and unrivaled elegance. Dr. Jackie has proven to be an important influence on the show, using the platform to display a positive and successful image while raising awareness on important health issues. She is also using that influence to champion self-love and empowerment as an ambassador of ME Period, a movement that inspires women to see the greatness in themselves.

Dr. Jackie has been featured on HLN, the “STEVE” talk show, ESSENCE, Glamour, People.com, BlackEnterprise.com, Atlanta Journal-Constitution, and Rolling Out. She speaks frequently around the country on women’s health, wellness and self-esteem.

Dr. Jackie resides in Atlanta with her husband Curtis. 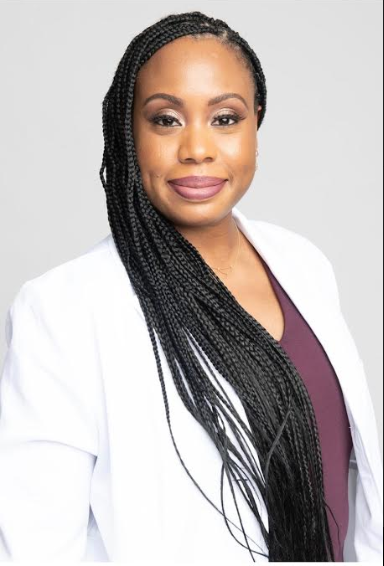 Obehi Asemota MD is the medical director and founder of Hope Fertility; a fertility clinic based in Atlanta GA, USA. She specializes in all aspects of reproductive medicine, including fertility preservation (egg and embryo freezing), in vitro fertilization/intracytoplasmic sperm injection, LGBTQ+ reproduction, ovulation induction, third party reproduction, and recurrent pregnancy loss.. Her practice is focused on working with couples who are struggling with infertility, to assist them in building a healthy family by empowering and educating them on all available fertility treatment options.

She considers  providing compassionate, personalized infertility care to patients of all walks of life her calling.

Her research has been published in Seminars in Reproductive Medicine, Obstetrics & Gynecology, and Fertility and Sterility. She has also been the recipient of numerous honors and awards throughout her academic career and medical training, including the Mary Ellen Hartman Award for Outstanding Social Consciousness in Leadership from Drexel University College of Medicine and the AstraZeneca Community Service Scholarship. Dr. Asemota is a member of the American College of Obstetrics and Gynecology and the American Society for Reproductive Medicine.

Dr. Asemota received her undergraduate degree in biology from the University of Chicago and her MD from Drexel University College of Medicine. She completed her internship and residency at Hahnemann University Hospital, where she served as academic chief resident. She was also a fellow in reproductive endocrinology and infertility at Montefiore Institute of Reproductive Medicine-Albert Einstein College of Medicine in New York.

In her spare time, Dr. Asemota enjoys spending time with her friends, husband and twin boys. 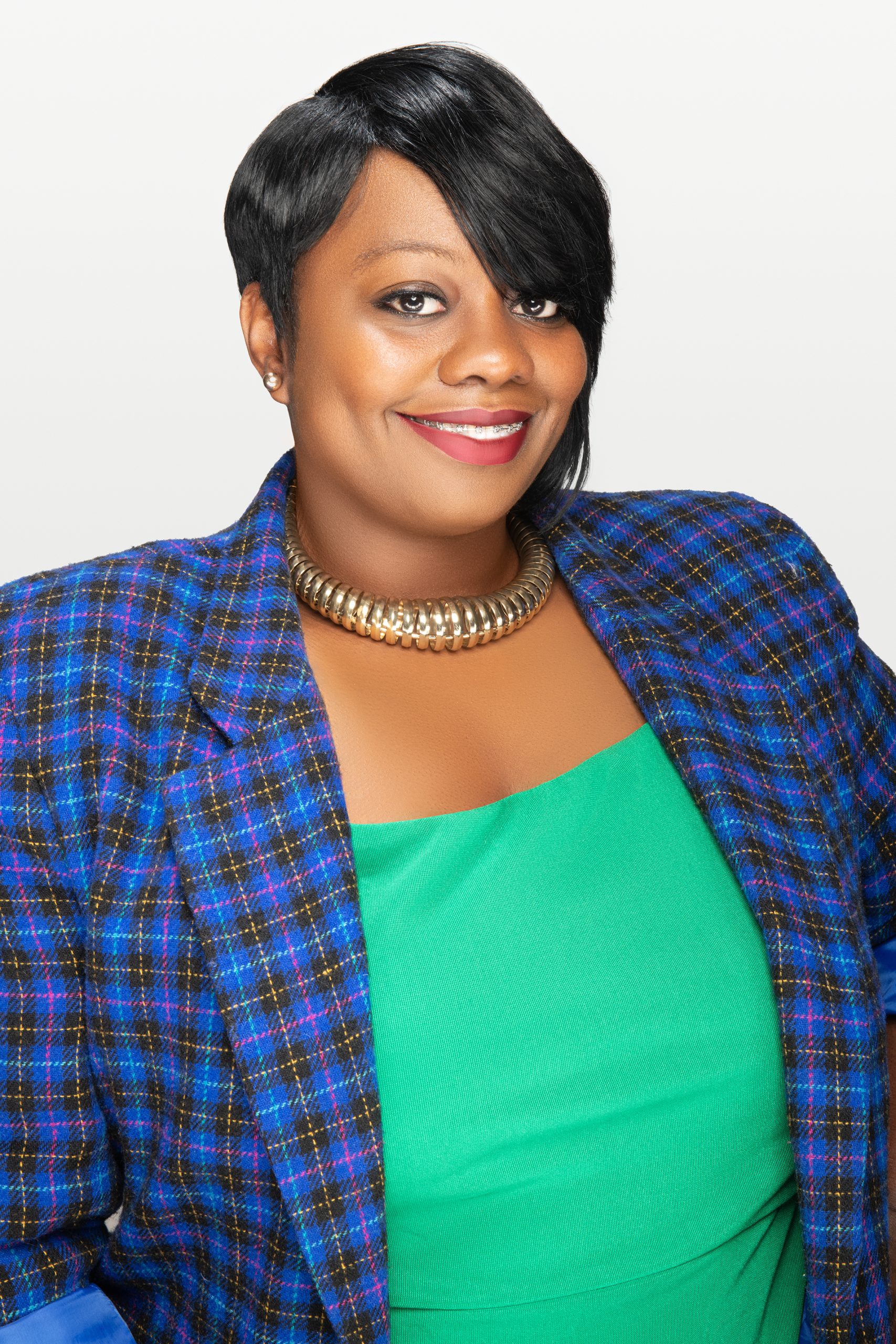 Kimberly Gibson also known as Kim brings over 11 years of experience in OB GYN, reproductive medicine, and gestational surrogacy care to the Surrogacy Miracles & Consulting team. Kimberly has first-hand personal experience with Gestational Carrier support.  As a case manager with SMC since October of 2019, Kimberly provides her warm, friendly, and professional support to intended parents and surrogates during their journey from matching to delivery.

Kimberly resides in Atlanta GA with her two children. She enjoys traveling, cooking seafood and exploring the history of her culture.

We look forward to connecting with you!

Contact Surrogacy Miracles & Consulting located in Atlanta, Georgia for complete details of our individualized surrogacy services packages. We are always happy to help!

Help an intended parent today by clicking the Donate Button below! 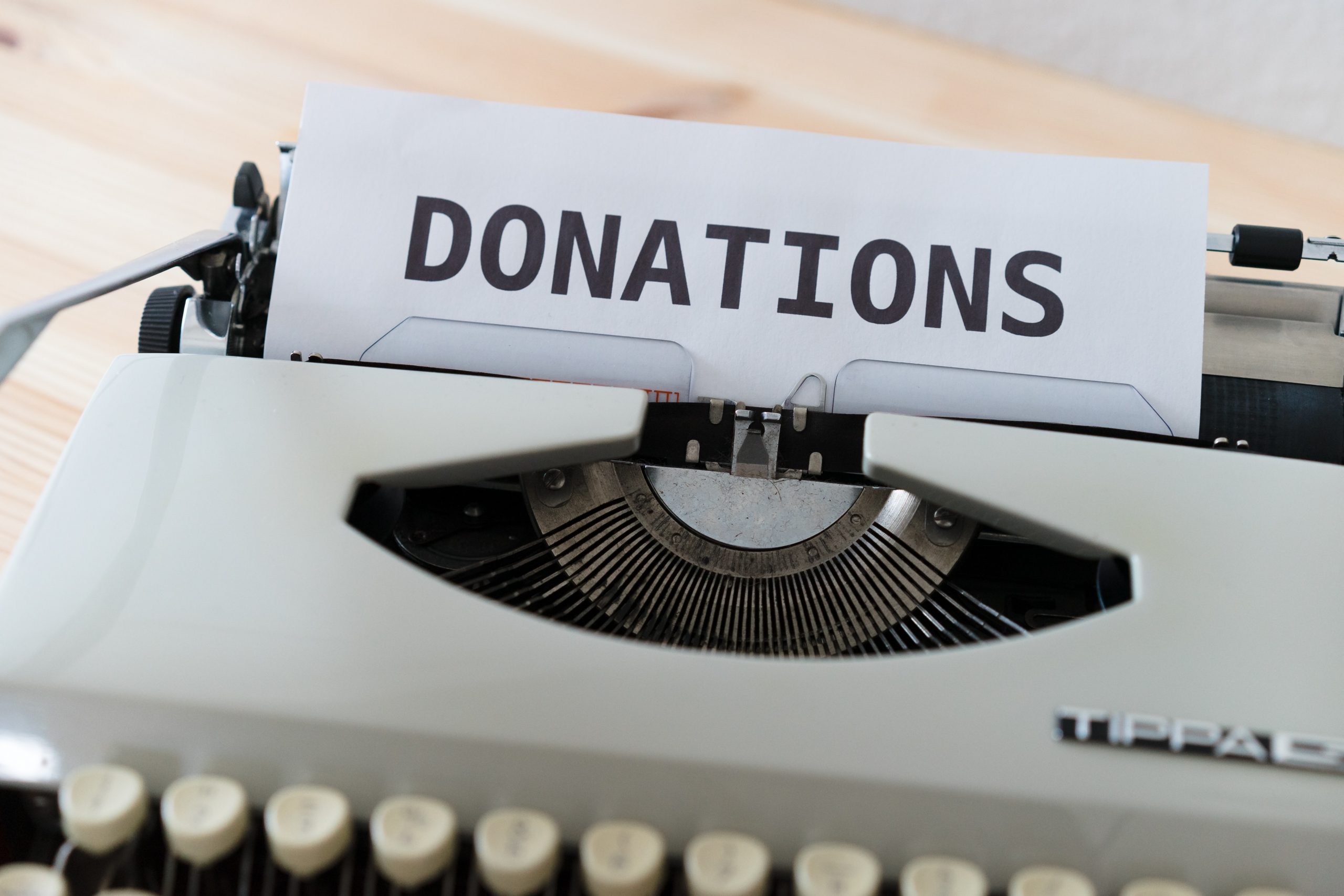